In closer the audience is invited to explore a space which appears as intimate as it is intimidating. The dancers seem nearby but they belong to another reality. The positions that spectators choose to take in the course of this performance determine what they see and how they see it. Through headphones you are introduced into a synthetic environment resonant with audio organisms that come to life, mutate and extinguish. This world in which the performers move is a twilight zone between waking and sleeping, between life and death, between on and off.

closer absorbs us in a space where subtle tension and minimal movement could have major consequences. A point of departure for this production was to be found in the microcosm of ourselves: the genetic body. The deeper one dives into the organic flesh, the more artificial and uncomfortably strange it appears to be. As if it were a construction of language, built by others. In closer the dancers' bodies develop and unravel like experimental lifeforms in a laboratory. It takes place in a world that hovers between the organic and the mechanical, between human and non-human, between the perceptible and the not so perceptible. What is left behind afterwards is the feeling to have entered a realm where a certain corporeality was present, but which one didn't experience before. 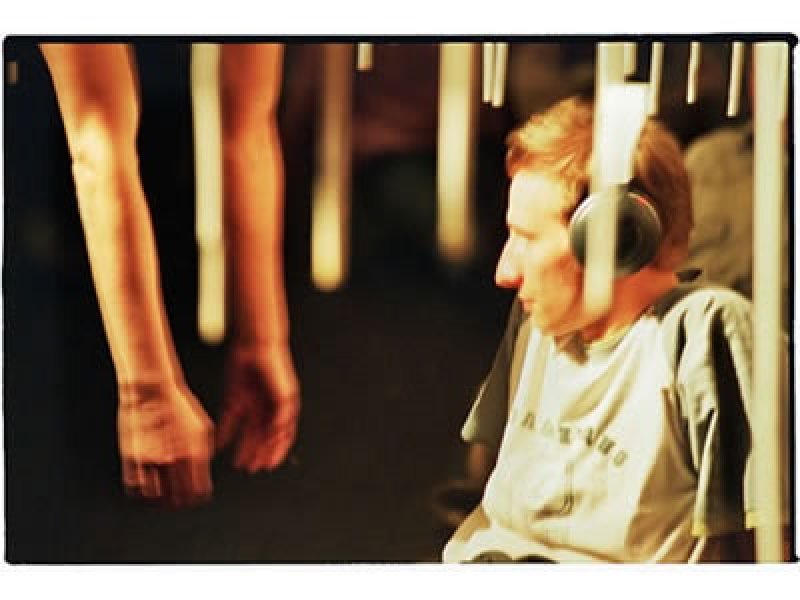