In distant voices, Heine Avdal and Yukiko Shinozaki continue their exploration of space. Particularly, they investigate the effects of spatial organization on the body and its perception. What happens when an architectural space exceeds its own borders from within? What if a situation breaks out of its spatial limits? What if it dissolves its specific contextual set ups and codes by spreading to other frameworks? And how does this affect the physical, perceptive and behavioral relationships between audience members and performers?

distant voices pursues these questions by playing on the idea of materializing space. The project features a range of moveable objects, the presence of which augments the situation with a multiplicity of blind spots. As a modular, transformable sculpture, it oscillates between an installation, a set, and an architectural element. It continually shapes and reshapes the spaces in which it is presented, segmenting them into accessible and inaccessible areas, visible and invisible zones. The imagination is invited to travel: from the macro- to the micro-level and vice versa, between memory, actual perception, and anticipation, and through alternative versions of the situation’s here and now. During this journey, common notions of human intersubjectivity and the desire for interpersonal relationality are challenged by encounters with a certain kind of “objecthood.”


distant voices received the 'Kazimierz Krzanowski Promotional Award'
...for art that provokes thinking and stimulates imagination, enabling everyone to find his/her own sense of it. 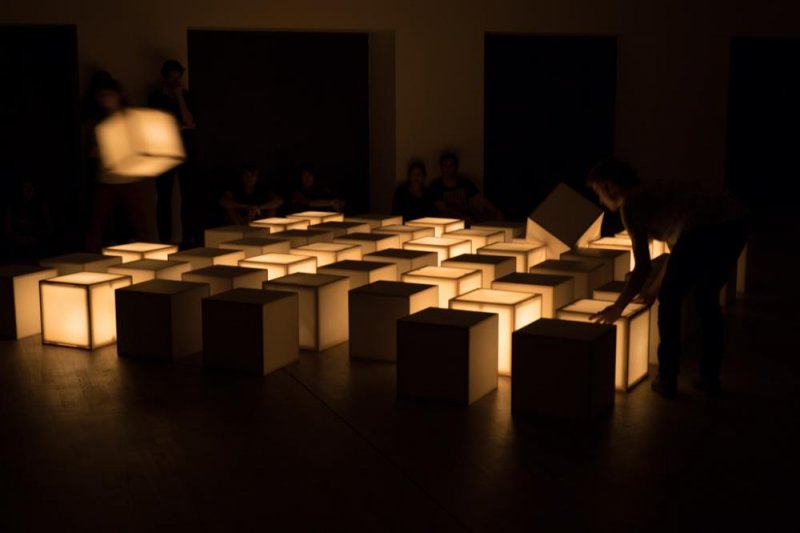